Must Read: Interesting Story of The Winklevoss Twin With Over 100kBTC

Must Read: Interesting Story of The Winklevoss Twin With Over 100kBTC 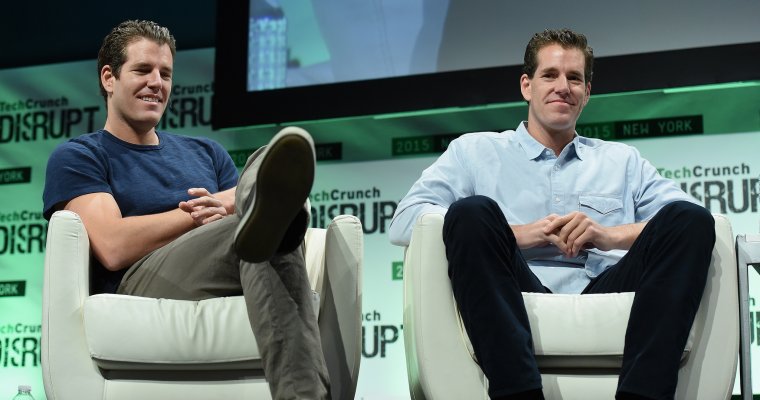 Its indeed an interesting piece of article worth reading especially for every new and existing cryptocurrency trader/investor as seen on CCN.

Tyler and Cameron Winklevoss, better known as the Winklevoss twins, still believe bitcoin will remain as the best investment over the next few decades.

Today, the 120,000 bitcoins purchased by the Winklevoss twins are worth $1.68 billion, and the Twins have netted the twins a profit of $1.669 billion within merely four years.

While several analysts have stated that the growth of bitcoin is limited given its market valuation has already achieved $236 billion. However, the Winklevoss twins told Nathaniel Poppers of the New York Times that the price of bitcoin will likely increase exponentially throughout many years ahead, as it evolves into a major asset class, robust store of value, and medium of exchange.

The Winklevoss twins further emphasized that they will not sell bitcoin even when its market cap surpasses that of gold at $8 trillion or when its price surpasses $380,950. Tyler Winklevoss noted that bitcoin is better than gold because it is programmable as money and has many advantages over the traditional asset such as transportability, fungibility, security, and divisibility.

“In a funny way, I’m not sure we’d even sell there [when bitcoin price surpasses $380,950]. Bitcoin is more than gold — it’s a programmable store of money. It may continue to innovate,” Tyler told the New York Times in an interview.

More importantly, Tyler added that the Winklevoss twins are not affected by the high volatility and rapid price movements of bitcoin, because they believe in the long-term performance of the cryptocurrency and the technology behind bitcoin.

“We are very comfortable in very high-risk environments with absolutely no guarantee of success. I don’t mean existing in that environment for days, weeks or months. I mean year after year.”

Apart from their success as early-stage bitcoin investors, since 2015, the Winklevoss twins have operated one of the most widely utilized cryptocurrency exchanges in the global market, Gemini.

As a fully regulated cryptocurrency exchange by the US government, Gemini has continued to serve professional traders and casual investors in the US market, accounting for a large portion of the USD-to-BTC trading pair.

Source: Winklevoss Twins Will Not Sell, Even if Bitcoin Price Hits $380,000