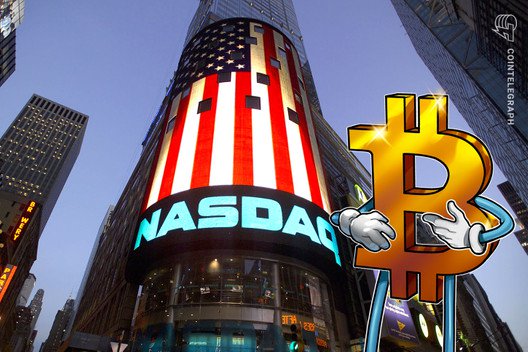 An analyst stated that he bought one bitcoin through his TD Ameritrade account, although he later found the trade was not real. The world’s second-largest stock exchange, Nasdaq, is allegedly testing trading of a bitcoin (BTC)-based product, according to a tweet by an analyst at quantitative trading analytics service StrongMarket on April 22.Twitter personality Cryptopolis, a quantitative analyst at StrongMarket, tweeted that he bought one bitcoin through an account on retail brokerage firm TD Ameritrade (NASDAQ: AMTD) on Monday.Cryptopolis suggested that bitcoin was trading on the platform against United States dollar under the unknown symbol “CXERX,” which is purportedly listed…
Click Title Below To Read Details From Source:
Nasdaq Is Quietly Testing Bitcoin-Based Product Under CXERX Indice, Analyst Suggests

Bitcoin (BTC)’s Last Correction Before The Next Global Financial Crisis